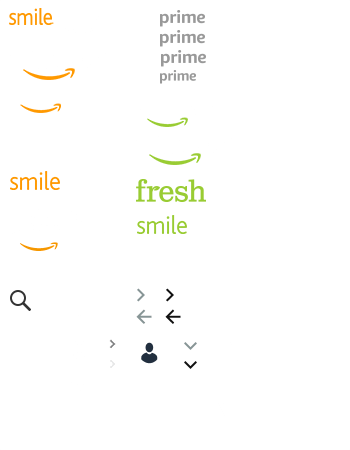 Mike
1.0 من 5 نجوم Listen to the bad reviews....
تم التقييم في الولايات المتحدة 🇺🇸 في 28 مايو 2020
الحجم : AC1750النمط: موسع واي فاي AC1750عملية شراء معتمدة
I use this product to extended my wireless network to get better service on my second floor. This product started out pretty good, internet would drop from time to time but resetting the router would reconnect it to the internet. Today the router went out after having it for 4 months and would not power on. I talk to customer service and they walk me through a few technical troubleshooting, however, there was no solution. I still had the same problem, the product still would not power on. Then i was told this by the customer service rep:

Me: ok I do not understand? My warranty goes to 2022....are you saying that my warranty is no longer valid because this product stop working?

Service rep: yes because of the cause of the extender to stop working the warranty got voided

Me:so basically i am stuck with a defected product that I only had for 4 months and there is no way of getting a replacement?

Service rep: That is correct, sorry about that

So basically, i would not recommended this product, they give you a 2 year warranty however if the product loose power they will not replace it. Now i am stuck with a useless Range Extender, I wouldn't be upset if it lasted at-least a year, but 4 months and you void my warranty. Thats just bad business and service.
اقرأ المزيد
1,152 مستخدمين وجدوا هذه المراجعة مفيدة
الإبلاغ عن إساءة استخدام
ترجمة المراجعة الى العربية

The reality is that in this day and age, most people have excellent base-routers in their homes. Even the crappy service provider ones are fairly decent devices. The issue with these things, though, is that they are mostly exceptional devices only when they’re using their 5ghz connections. Where most people believe they’re having connectivity problems and their routers need ‘extending’ or ‘boosting’ is almost always when the device they need assisted is trying to connect to their dual-band base routers which can accept either a 2.4ghz or 5ghz device, but in many, if not most, cases the device needing help is ONLY a 2.4ghz item. And then this is where the problems begin.

Home dual-band router these days will almost always prioritize an incoming connection-request from a device into its 5ghz frequency field, even if that request is coming from a 2.4ghz-only device. Result of this is usually connection failure. And so… the unsuspecting person believes it’s an issue with their router needing a boost. Wrong! It’s an issue with their router needing a little discipline! Lol. Not a boost. It needs to be taught to recognize those 2.4ghz devices out there and then to immediately allow those devices a priority to connect immediately to its 2.4ghz band — instead of its 5ghz band. Most routers, especially many newer ones, don’t do this especially well. So… those routers need help. And that’s when and where this beautifully affective extender comes in.

This extender will very specifically have you set up two separate extended bands… one for your router’s 5ghz and another for its 2.4ghz. Once that’s done, and you’re ready to connect something to your WiFi, and it doesn’t work the first few times you try it, then try connecting those things to the now-available newly created ‘extended’ 2.4ghz band. Or if you’re using your phone to connect an item with its own app, like say, smart plugs and/or bulbs, then you absolutely MUST switch your phone’s internal WiFi signal over to that newly created 2.4ghz ‘extended’ network. I guarantee all your connectivity problems with those devices will disappear.

So what’s really happening here is you are making ‘visible’ your home router’s 2.4ghz network to anything that wants to connect to it, whereas beforehand, that network was very likely ‘invisible’ to you prior to using this new extender because unfortunately while all these new dual-band routers are great, they definitely do not like things automatically connecting to their 2.4hhz bands. So you have to ‘force’ that connection down their throats as-it-were.

There are other work-arounds to get your home router to connect to those ‘difficult’ devices, but this is by far the easiest solution — albeit it does mean having to spend some money on one of these WiFi extenders. And it just so happens this is a really good one to do just that.

Don’t blame your router. It just wants to dictate to you which frequency your device must try to marry with. It usually still is, though, very, very good at projecting its own indigenous signal great distances reliably. You just have to find a way to have its 2.4ghz band show up in your devices. And that’s what these ‘extenders’ will do for you. So actually, they’re your friend, not your enemy — especially this particular TP-Link unit.
اقرأ المزيد
72 مستخدمين وجدوا هذه المراجعة مفيدة
الإبلاغ عن إساءة استخدام
ترجمة المراجعة الى العربية

Steven Woodward
4.0 من 5 نجوم Works Great once set up
تم التقييم في كندا 🇨🇦 في 25 سبتمبر 2018
الحجم : AC1750النمط: موسع واي فاي AC1750عملية شراء معتمدة
Extended the range of my apple router. Changed marginal WiFi to 5 bar signal strength with 15Mb/sec download.
Things I discovered during setup that you may find helpful:
1. Comes with two versions of "Quick Installation Guide" A small booklet and a large foldout sheet. The large sheet shows different setup for Windows and Mac, while the small booklet does not. Therefore I used the large sheet guide.
2. The 5GHz LED takes a lot longer to light up than the 2GHz LED. At first I thought the 5GHz was not working, but just need to be patient.
3. I gave both of the TP-Lnk extended networks, the same name and password as the host apple router. That way any new device signing on to the WiFi can make its own decision about best signal. Some existing devices like my apple TV did not automatically switch to the strongest signal. Solution is to go into apple TV settings, select "forget this network", then "add network", entering the same network name.
4. If setting up the TP-link extender via WiFi to computer, changing the TP-link network name will break the link to computer. I know how obvious this sounds when it is written down, but I did it twice before realizing what the problem was.
اقرأ المزيد
194 مستخدمين وجدوا هذه المراجعة مفيدة
الإبلاغ عن إساءة استخدام
ترجمة المراجعة الى العربية

Richard
5.0 من 5 نجوم Tricky to set up, but works great.
تم التقييم في كندا 🇨🇦 في 8 يناير 2020
الحجم : AC1750النمط: موسع واي فاي AC1750عملية شراء معتمدة
Setting this up is tricky, as you have to log onto your wifi router's network page to enable WPS connection so the extender can connect to the router. After this, you can place it halfway between your router and the location you need to boost your wifi and continue with the setup. After you're connected, you can turn WPS off again, and the extender will remember and connect your network if you need to move it around the house or you move houses without the complicated WPS shenanigans, just plug it in and it will connect. As a tech guy, this was not very hard, but you will need to closely follow the directions or have some tech support to successfully connect it. Once connected, this device is great. We get wifi at all corners of the house, event 2 floors away at the opposite side.
اقرأ المزيد
108 مستخدمين وجدوا هذه المراجعة مفيدة
الإبلاغ عن إساءة استخدام
ترجمة المراجعة الى العربية

Unfortunately connected devices drop from WiFi several times per hour for 3-5 minutes at a time. Incredibly annoying. Searching Google for the error messages from this device's log shows these problems have been going on since at least 2016.